Difference Between Weightlifting and Body Building

You may sometimes focus on powerlifting or bodybuilding training throughout your lifting career. To optimize your training efforts, it’s crucial to grasp how these two lifting approaches vary.

So what distinguishes bodybuilding from powerlifting? Bodybuilding training places less emphasis on weight lifting and more on maximizing muscular hypertrophy (growth). Maximal strength is the goal of powerlifting training, particularly in exercises like the squat, bench press, and deadlift.

Consequently, everything will be drastically modified, including the workout methodology and programming. We’ll look at 8 distinctions between training for powerlifting and bodybuilding in this post.

You may participate in many physique divisions in bodybuilding, fitness, wellness, and bikini. Each category has a unique “look” upon which the judges base their decisions. The requirements generally depend on the amount of “muscle mass” permissible and the kinds of posing techniques used.

Powerlifting and bodybuilding enthusiasts are not all competitors. For those that do, it’s crucial to understand the precise requirements of each action as stated in the sport’s norms and regulations.

Weight training improves muscular mass, strength, flexibility, and overall performance in both powerlifters and bodybuilders. However, each training program’s specific workouts will vary greatly.The squat, bench press and deadlift are the three primary exercises used in powerlifting. It follows that every workout planned must directly benefit these three motions.

As a result, powerlifters use a variety of variants, such as:

While many of these same powerlifting motions are programmed in bodybuilding, they are less heavily focused. Several isolation exercises that are focused on certain muscular groups may be seen more often in bodybuilding programs, including:

Proper workout form is essential to both powerlifters and bodybuilders. This is because neither can take a chance on an injury that may prevent them from participating in their sport for weeks or months. Bodybuilders employ a lifting technique that extends the range of motion on exercises, in contrast to powerlifters who use a lifting process that reduces the range of motion in practice.

In powerlifting, moving the weight from point A to point B requires less effort a lower range of motion is employed. To narrow the range of motion and increase the weight that may be lifted, every aspect of the action is thus examined. For this reason, powerlifters often utilize the sumo deadlift or an arched back position during bench presses.

The reverse is true for bodybuilders. To stress the muscle at various lengths, they wish to do an exercise over its complete range of motion. This will result in increased muscle injury and increase the adaptations to hypertrophy (muscle growth).

The way exercises are scheduled throughout the week is referred to as the “training split.” The training split in powerlifting is divided into each of the powerlifting exercises, with a focus on having “squat,” “bench press,” and “deadlift” days.

This differs from a bodybuilding split, which focuses more on segmenting each session into one to three muscle groups.

Here are two examples of training splits for bodybuilding and powerlifting utilizing a four-day regimen:

Many individuals would generally agree that bodybuilders utilize high repetitions and powerlifters use low reps (1–5). (6-15).

However, this is not to argue that bodybuilders or powerlifters don’t gain from strengthening their muscles.

Bodybuilders will spend, on average, 3:1 more time doing higher reps than lower reps. Imagine performing low or high repetitions for three months, depending on whether you’re a powerlifter or a bodybuilder, and then the other rep range for one month.

Refrain from mixing training effort with training load, however. Bodybuilders sometimes work harder than powerlifters because they utilize higher loads and vice versa. Powerlifters and bodybuilders continue to strive to perform a training effort that is reasonably near to their maximal capacity based on the rep ranges employed.

For instance, a bodybuilder lifting 75% for 12 repetitions would be just as challenging as a powerlifter squatting 90% for 3. Although the weights vary, the training efforts are still quite strong since the rep ranges also change.

The period between sets is referred to as the “recovery intervals.” You often require additional recovery time before trying your following set when lifting a weight more significant than a portion of your 1 rep maximum. The converse is true when you raise less than a percentage of your 1-rep max. Less rest requires less weight.

For both bodybuilders and powerlifters, recovery is crucial. Powerlifters must carefully consider how often to do their maximum lifts. Weekly maxing out of every exercise would not be suitable. Overtraining, burnout, and a rise in joint and tendon injuries would all result from this.

Bodybuilders must avoid doing too much volume too quickly. This could result in muscular discomfort that lasts longer than 48 hours. If that’s the case, any subsequent exercises will probably suffer since you can’t exert as much energy when your muscles are hurting.

Powerlifters and bodybuilders also use the following other recuperation strategies:

Outside the gym, partaking in low-stress activities like walking, meditating, or socializing with friends.
Organizing a training de-load phase: training for 1-2 weeks at a decreased volume and intensity.
Increasing blood flow and circulation using a device like the PowerDot may reduce inflammation by using electric muscle stimulation (EMS).

5 Ways to Improve Your Fitness – Tips For Life A Time (tipsforalifetime.com)

Although bodybuilding and powerlifting use weight-training techniques, their objectives are distinct, powerlifters strive to lift more weight for one repetition on the bench press, deadlift, and squat. Bodybuilders strive to develop more bulk and symmetry in their muscles. Consequently, everything will be different, including their workout methodology and programming.

Why cardio should be part of your everyday exercise (fitnesshealthessentials.com) 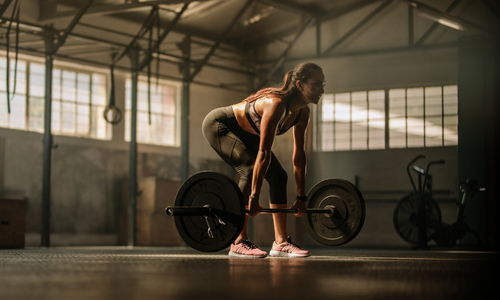 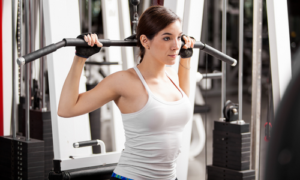 Injuries That Can Occur During Workouts

Workout Injuries – Don’t overlook wounds; tend to them—your manual for managing common injuries so you may return to the gym as soon as possible.

The Best Fat-Burning Exercises at Home and the Gym

The Best Fat-Burning Exercises at Home and the Gym: Focusing on burning body fat is an excellent strategy if you’re trying to lose weight. Burning